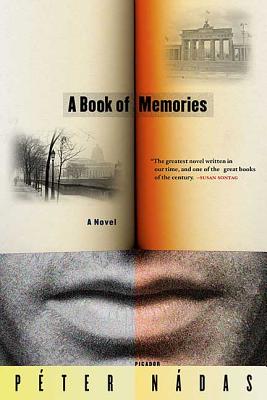 A Book of Memories

First published in Hungary in 1986 after a five-year battle with censors, Péter Nádas's A Book of Memories is a modern classic, a multi-layered narrative that tells three parallel stories of love and betrayal. The first takes place in East Berlin in the 1970s and features an unnamed Hungarian writer ensnared in a love triangle with a young German and a famous aging actress. The second, composed by the writer, is the story of a late nineteenth century German aesthete whose experiences mirror his own. And the third voice is that of a friend from the writer's childhood, who brings his own unexpected bearing to the story. Compared by critics to Proust, Mann, and Joyce, this sensuous tour de force is "unquestionably a masterpiece" (The New Republic).


Praise For A Book of Memories: A Novel…

“The greatest novel written in our time, and one of the great books of the century.” —Susan Sontag

“A vast, astonishing, reverberant novel . . . It is a comprehensive and all-comprehending book about politics, sex, art, history, psychology, mortality, and memory.” —Richard Dyer, The Boston Globe

“There is a wealth of accomplishment in A Book of Memories. It is an epic and immensely fertile exploration of contemporary history and sensibility.” —Richard Eder, Los Angeles Times

“A superb achievement, by a world-class writer.” —Susan Ruben Suleiman, The Village Voice

“A Book of Memories will endure as a great moral expression of the European crucible of public and private souls, genuinely worthy of Proust, Henry James, Musil, and Mann as an authoritative testimony to the intellectual and emotional lives of an epoch.” —The Seattle Times

Péter Nádas is the author of the novels A Book of Memories, The End of a Family Story, and Love. He lives in Gombosszeg, in western Hungary.
Loading...
or support indie stores by buying on