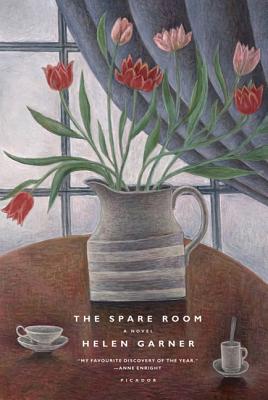 “How much can one friend be asked to give another? The Spare Room is a moving, powerful, and even funny story of two woman whose friendship is tested by cancer and an inability to let go of what was.”
— Aly Valentine, Harrison Street Books, Easton, MD
View the List

In her first novel in fifteen years, Helen Garner writes about the joys and limits of female friendship under the transforming pressure of illness. "The clear-eyed grace of her prose" in this darkly funny and unsparing novel has been hailed by Peter Carey as "the work of a great writer." Garlanded with awards, dazzling reviewers around the globe, The Spare Room is destined to be a modern literary classic.

Helen Garner was born in Geelong, Australia, in 1942. Her award-winning books, including The Spare Room, Monkey Grip, The First Stone, and Joe Cinque’s Consolation, include novels, stories, screenplays, and works of nonfiction. She lives in Australia.


Praise For The Spare Room: A Novel…

“My favorite discovery of the year.” —Anne Enright

“Luminous. . . It reminds us that literature not only can, but must, address the most important subjects, because it does so in ways no other form can.” —Claire Messud, Newsweek

“Garner is perhaps most easily introduced to new American readers as the Joan Didion of Australia--a person who writes with a diamond drill, depicting human relationships with such brutal clarity they seem to be rendered for the first time.” —April Smith, Los Angeles Times

“A Molotov cocktail of a book. . . Her voice is full of unexpected humor.” —Emily Carter, Minneapolis Star-Tribune

“A book so sensitive, sad, funny, and alive that it surely deserves an honored place on many shelves.” —Diana Athill, The Daily Telegraph (UK)

“Two women who have known each other for fifteen years, spending three weeks together with the weight of one crushing disease. How do we calculate what's important in our lives? Highly recommended.” —Bette-Lee Fox, Library Journal (starred review)

“Only great fiction demands us to reset our moral compass and look at our value coordinates all over again. The Spare Room achieves this.” —Neel Mukherjee, The Times (UK)