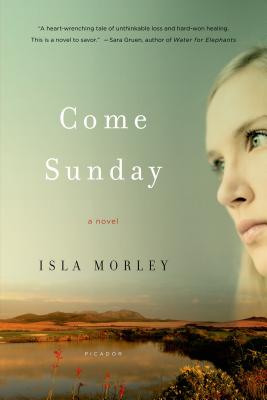 WINNER OF THE JANET HEIDINGER KAFKA PRIZE FOR FICTION

FINALIST FOR THE COMMONWEALTH PRIZE

Abbe is a restless young mother living on the outskirts of Honolulu with her husband, Greg, the pastor at a small church. Their lives are suddenly riven by tragedy when their three-year-old daughter, Cleo, is struck and killed by car. As Greg turns to God and community for comfort, Abbe turns inward and reflects upon her own troubled past. Isla Morley brilliantly weaves the story of Abbe's grief with a gripping tale of her tempestuous childhood in apartheid South Africa---and how Abbe's father, a villainous drunk, held her family hostage for decades with his rage, until they finally began to plot their escape from him. Come Sunday is a spellbinding drama about a woman breaking free of her grief and of her past, and what it takes to revive hope when all seems lost.


Praise For Come Sunday: A Novel…

“A heart-wrenching tale of unthinkable loss and hard-won healing. This is a novel to savor.” —Sara Gruen, author of Water for Elephants

“A compelling tale of survival, reinvention, and hope, in the end, Come Sunday is less about the death of a young child as about personal redemption and resurrection.... Vivid and poignant.” —The Boston Globe

“An intense and ambitious first novel, and an exquisitely detailed exploration of the mother-daughter bond.” —Los Angeles Magazine

“A debut full of heartbreak and promise...Through her portraits, Morley shows us flawed flesh-and-blood characters we come to care about.” —Christianity Today

“Morley brings a pathos palpable in its authenticity and a maturity arresting in its conviction. Firmly establishing her in the pantheon of such insightful authors as Chris Bohjalian, Sue Miller, and Anita Shreve, Morley's poignant, read-in-one-sitting tale of loss and renewal will haunt readers.” —Booklist

ISLA MORLEY grew up in South Africa during apartheid. During the country’s State of Emergency, she graduated from Nelson Mandela Metropolitan University in Port Elizabeth with a degree in English literature. By 1994 she was one of the youngest magazine editors in South Africa, but she left career, country, and kin when she married an American and moved to the United States. For more than a decade she pursued a career in nonprofit work, focusing on the needs of women and children. Now in the Los Angeles area, she shares a home with her husband, their daughter, two cats, a dog, and a tortoise.
Loading...
or support indie stores by buying on