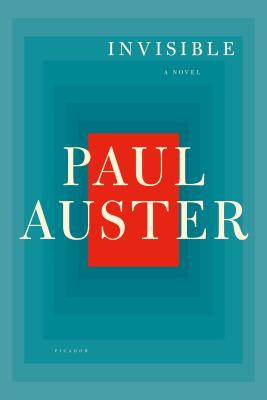 Three different narrators tell the story of Invisible, a novel that travels in time from 1967 to 2007 and moves from Morningside Heights to the Left Bank of Paris to a remote island in the Caribbean. It is a book of youthful rage, unbridled sexual hunger, and a relentless quest for justice. With uncompromising insight, Auster takes us into the shadowy borderland between truth and memory, between authorship and identity, to produce a work of unforgettable power that confirms his reputation as "one of America's most spectacularly inventive writers."


Praise For Invisible: A Novel…

“As soon as you finish Paul Auster's Invisible, you want to read it again. . . . It is the finest novel Paul Auster has ever written.” —Clancy Martin, The New York Times Book Review

“Auster has never been better.” —The Seattle Times (Best Books of 2009)

“Occasionally, a novel is so masterful it leaves you breathless. Paul Auster's Invisible is such a novel.” —The Boston Globe

Paul Auster is the bestselling author of 4 3 2 1, Sunset Park, Invisible, The Book of Illusions, and the New York Trilogy, among many other works. In 2006 he was awarded the Prince of Asturias Prize for Literature. Among his other honors are the Prix Médicis étranger for Leviathan, the Independent Spirit Award for the screenplay of Smoke, and the Premio Napoli for Sunset Park. In 2012, he was the first recipient of the NYC Literary Honors in the category of fiction. He has also been a finalist for the International IMPAC Dublin Literary Award (The Book of Illusions), the PEN/Faulkner Award (The Music of Chance), the Edgar Award (City of Glass), and the Man Booker Prize (4 3 2 1). He is a member of the American Academy of Arts and Letters and a Commandeur de l’Ordre des Arts et des Lettres. His work has been translated into more than forty languages. He lives in Brooklyn, New York.
Loading...
or
Not Currently Available for Direct Purchase