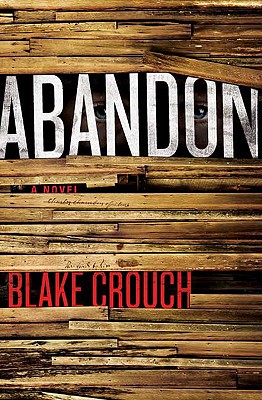 “Abandon is an astounding and riveting story of an attempt to solve the mystery of the disappearance of the population of a remote Colorado town. You won't be able to put this one down until you learn what happened to the citizens of Abandon in 1893.”
— Andra Tracy, Out Word Bound, Indianapolis, IN
View the List

On Christmas Day in 1893, every man, woman and child in a remote gold mining town disappeared, belongings forsaken, meals left to freeze in vacant cabins; and not a single bone was ever found. One hundred thirteen years later, two backcountry guides are hired by a history professor and his journalist daughter to lead them into the abandoned mining town so that they can learn what happened. With them is a psychic, and a paranormal photographer—as the town is rumored to be haunted. A party that tried to explore the town years ago was never heard from again. What this crew is about to discover is that twenty miles from civilization, with a blizzard bearing down, they are not alone, and the past is very much alive.

On Christmas Day 1893, the tiny, remote gold-mining town of Abandon, Colorado, ceased to be. No trace of the population was ever found. More than a century later, a historian, a journalist, and two paranormal investigators trek into the ghost town with varying purposes. Crouch tells his tale in alternating chapters, but the reader ultimately learns that the story of both the residents and the latter-day visitors is one of gold, greed, and murder—and a pinch of madness. Abandon is an ambitious and largely effective suspense novel. The portrayal of life in Abandon is rich with details of brutal hardship, suffering, and a gnawing sense of creepiness. The modern investigators are tried by cold, a blizzard, avalanche dangers, rotted buildings that may collapse at any moment, and the eeriness of the derelict town. But Crouch has two sets of characters, and nearly all have a backstory. Some work; some are strained. Even so, the palpable suspense just keeps building, and many thriller fans—especially those who like a touch of horror—will lose sleep to find out how it all ends. - Booklist

BLAKE CROUCH grew up in North Carolina and graduated from the University of North Carolina at Chapel Hill. He and his family currently reside in Colorado.
Loading...
or
Not Currently Available for Direct Purchase