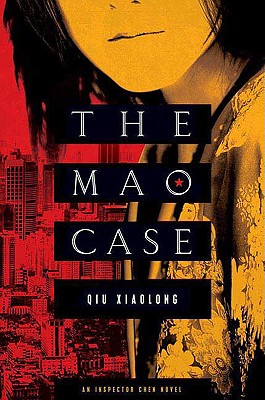 Chief Inspector Chen Cao of the Shanghai Police Department is the head of the Special Case group and is often put in charge of those cases that are considered politically "sensitive" since, as a rising party cadre, he's regarded by many as reliable. But Inspector Chen, though a poet by inclination and avocation, takes his job as a policeman very seriously, despite the pressures put upon him from within and without, and is unwilling to compromise his principles as a policeman in favor of political expedience.   However, after the new Minister of Public Security insists that Chen personally take on a 'special assignment', an investigation already begun by Internal Security, he may no longer be able to resist those pressures. The party, increasingly leery of international embarrassment, is unhappy about two recent books that place Mao in a bad light. Now, Jiao, the granddaughter of an actress who was likely one of Mao's mistresses - a woman suspected of being Mao's own granddaughter - has recently quit her job, moved into a luxury apartment, and, without any visible means of support, become a part of  a new social set centered around the remnants of pre-Communist Shanghai society. What they fear is that, somehow, she has inherited some artifact or material related to Mao that will, when made public, prove embarrassing. Even though there is no evidence that such even exists, Chen has been charged to infiltrate her social circle, determine if the feared material exists and, if it does, retrieve it quietly. And in only a few days - because if he can't resolve this 'Mao case' within the deadline, the party will resort to harsher, more deadly means.

QIU XIAOLONG is a poet, professor and author. He is the author of books of poetry and poetry translations, as well as previous books in the award-winning series of novels featuring Inspector Chen. Born and raised in Shanghai, he now lives with his family in St. Louis, Missouri.

Praise For The Mao Case: An Inspector Chen Novel…