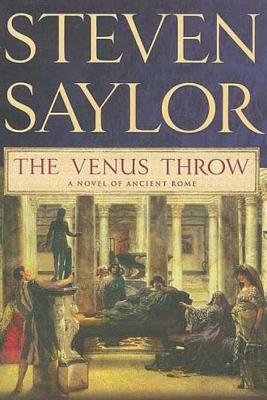 On a chill January evening in 56 B.C., two strange visitors to Rome - an Egyptian ambassador and a eunuch priest - seek out Gordianus the Finder whose specialty is solving murders. But the ambassador, a philosopher named Dio, has come to ask for something Gordianus cannot give - help in staying alive. Before the night is out, he will be murdered.

Now Gordianus begins his most dangerous case. Hired to investigate Dio's death by a beautiful woman with a scandalous reputation, he will follow a trail of political intrigue into the highest circles of power and the city's most hidden arenas of debauchery. There Gordianus will learn nothing is as it seems - not the damning evidence he uncovers, not the suspect he sends to trial, not even the real truth behind Dio's death which lies in secrets - not of state, but of the heart.

“Imaginative . . . Saylor's style is smooth . . . A absorbing look at a time when men tried to rule themselves wisely and failed.” —San Francisco Chronicle