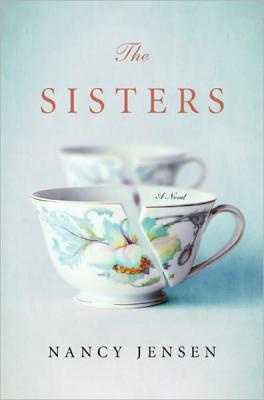 “This is a powerful story of family through three generations, beginning with two sisters from a small town in Kentucky. In 1927, a tragedy and a misunderstanding separate them when they are both in their teens. We follow their stories and those of their daughters up to 2007. Jensen shows us that strong women are able to use lives cobbled together out of fear and pain as building blocks to create something resembling happiness, or at least stability. This debut novel is a page-turner with characters that remain with the reader long after the book is closed.”
— Marian Nielsen, Orinda Books, Orinda, CA
View the List

In the tradition of Marilynne Robinson’s Housekeeping and Elizabeth Strout’s Olive Kitteridge, a dazzling debut novel about the family bonds that remain even when they seem irretrievably torn apart


Growing up in hardscrabble Kentucky in the 1920s, with their mother dead and their stepfather an ever-present threat, Bertie Fischer and her older sister Mabel have no one but each other—with perhaps a sweetheart for Bertie waiting in the wings. But on the day that Bertie receives her eighth-grade diploma, good intentions go terribly wrong. A choice made in desperate haste sets off a chain of misunderstandings that will divide the sisters and reverberate through three generations of women.

What happens when nothing turns out as you planned? From the Depression through World War II and Vietnam, and smaller events both tragic and joyful, Bertie and Mabel forge unexpected identities that are shaped by unspeakable secrets. As the sisters have daughters and granddaughters of their own, they discover that both love and betrayal are even more complicated than they seem.


Praise For The Sisters…

"Fans of THE HELP will be beguiled by Jensen's debut novel. Set in rural Kentucky in the midst of the Depression, and inspired by Jensen's own family history, it centers on an incident that created a lifelong breach between two sisters, one that reverberates throughout three generations. It's a sweet but never saccharine tribute to the pull of family."—Whole Living

"First-time novelist Jensen—tracing the lives of two sisters separated in their youth by a tragic misunderstanding—[has] an observant eye, adept characterization, and a keen grasp of social issues." —Publishers Weekly
"A single tragic event shapes four generations of American women in this accomplished and poignant debut...Encompassing the lives of women in the 20th century, this sprawling saga is tender and satisfying, with a heartbreaking end."—Kirkus Reviews

“You’ll be drawn into the arms of The Sisters as if these women were your own family. You’ll want to hold them, warn them, betray their secrets. But this is a novel, one that is fresh and vibrant and complex. You cannot live the sisters’ lives, but only share in their joy and heartbreak and ultimate triumph. A remarkably powerful book.”—Sandra Dallas, author of Prayers for Sale

“Nancy Jensen has the natural story-teller’s ability to command attention, but with sophisticated psychological understanding and beautifully crafted writing. The Sisters is a needed novel that will become a very popular classic."—Sena Jeter Naslund, author of Ahab's Wife

“A beautiful and touching novel about the events and choices that shape not only our lives but the lives of generations to come. Nancy Jensen takes us on an epic yet intimate journey through eighty years, ultimately revealing the flawed but lovely landscape that makes up a family. Her characters will stay with us long after the book’s final pages.”—Brunonia Barry, author of The Lace Reader

NANCY JENSEN, who received an MFA in Writing from Vermont College, has published stories and essays in numerous literary journals, including "The Louisville Review, Other Voices, "and "Northwest Review." She was awarded an Artist Enrichment Grant from the Kentucky Foundation for Women and an Al Smith Fellowship from the Kentucky Arts Council, and teaches English at Eastern Kentucky University. "The" "Sisters," her first novel, was named one of the Best Fiction Books of 2011 by "Kirkus Reviews."
Loading...
or
Not Currently Available for Direct Purchase