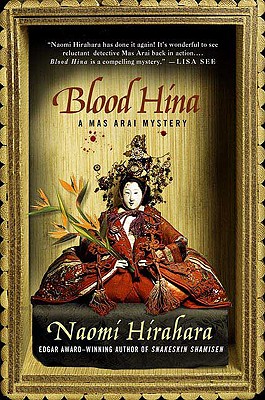 In this fourth installment of Naomi Hirahara's highly acclaimed "Mas Arai" mystery series, Mas' best friend Haruo is getting married and Mas has grudgingly agreed to serve as best man. But then an ancient Japanese doll display of Haruo's fiancee goes missing, and the wedding is called off with fingers pointed at Haruo. To clear his friend's name, Mas must first uncover a world of heartbreaking memories, deception, and murder.

NAOMI HIRAHARA is the Edgar Award-winning and Anthony and Macavity Award-nominated author of "Snakeskin Shamisen, Gasa-Gasa Girl, "and "Summer of the Big Bachi, "which was named one of "Chicago Tribune"'s Ten Best Mysteries and Thrillers of 2004 and a "Publishers Weekly "Best Book of the Year. She lives in Southern California.