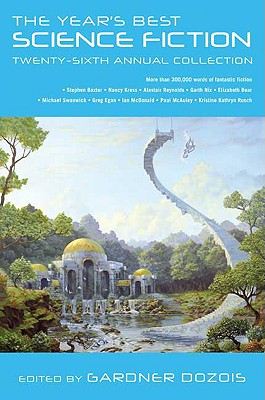 Supplementing the stories are the editor's insightful summation of the year's events and a lengthy list of honorable mentions, making this book both a valuable resource and the single best place in the universe to find stories that stir the imagination, and the heart.

“This is a worthy addition to a venerable series.”—Publishers Weekly

"For more than a quarter century, Gardner Dozois's THE BEST SCIENCE FICTION OF THE YEAR has defined the field. It is the most important anthology, not only annually, but overall." --Charles N. Brown, publisher of Locus Magazine

GARDNER DOZOIS has been working in the science fiction field for more than thirty years. For twenty years he was the editor of "Asimov's Science Fiction," during which time he received the Hugo Award for Best Editor fifteen times.
Loading...
or
Not Currently Available for Direct Purchase