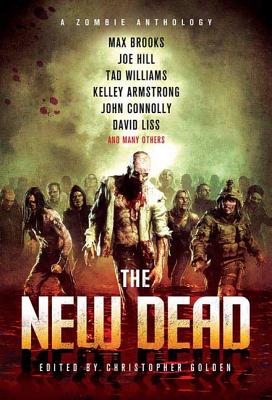 The hungry dead have risen. They shamble down the street. They hide in back yards, car lots, shopping malls. They devour neighbors, dogs and police officers. And they are here to stay. The real question is, what are you going to do about it? How will you survive?

HOW WILL THE WORLD CHANGE WHEN THE DEAD BEGIN TO RISE?

Stoker-award-winning author Christopher Golden has assembled an original anthology of never-before-published zombie stories from an eclectic array of today's hottest writers. Inside there are stories about military might in the wake of an outbreak, survival in a wasted wasteland, the ardor of falling in love with a zombie, and a family outing at the circus. Here is a collection of new views on death and resurrection.


Praise For The New Dead: A Zombie Anthology…

“This powerful anthology shines a bright and unflinching light on the fears of death, decay, and loss that underpin America's longstanding obsession with the undead.” —Publishers Weekly (Starred Review)

CHRISTOPHER GOLDEN is the New York Times bestselling and Bram Stoker award-winning author of Ararat, Snowblind, Dead Ringers, and Of Saints and Shadows, among many other novels. With Mike Mignola, he is the co-creator of two cult favorite comic book series, Baltimore and Joe Golem: Occult Detective. Golden is also the editor of such anthologies as Seize the Night, The New Dead, and Dark Cities, and the co-host of the popular podcast "Three Guys with Beards." He lives in Massachusetts.
Loading...
or support indie stores by buying on