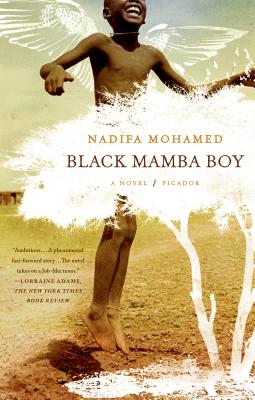 Yemen, 1935. Jama is a "market boy," a half-feral child scavenging with his friends in the dusty streets of a great seaport. For Jama, life is a thrilling carnival, at least when he can fill his belly. When his mother—alternately raging and loving—dies young, she leaves him only an amulet stuffed with one hundred rupees. Jama decides to spend her life's meager savings on a search for his never-seen father; the rumors that travel along clan lines report that he is a driver for the British somewhere in the north. So begins Jama's extraordinary journey of more than a thousand miles north all the way to Egypt, by camel, by truck, by train, but mostly on foot. He slings himself from one perilous city to another, fiercely enjoying life on the road and relying on his vast clan network to shelter him and point the way to his father, who always seems just a day or two out of reach.

In his travels, Jama will witness scenes of great humanity and brutality; he will be caught up in the indifferent, grinding machine of war; he will crisscross the Red Sea in search of working papers and a ship. Bursting with life and a rough joyfulness, Black Mamba Boy is debut novelist Nadifa Mohamed's vibrant, moving celebration of her family's own history.

Nadifa Mohamed was born in Hargeisa in 1981. In 1986 her family temporarily relocated to London; this move became permanent with the eruption of the Somali Civil War. She was educated in London and went to Oxford to study history and politics. She finally returned to Hargeisa, now in the new Republic of Somaliland, in 2008. Her first novel, Black Mamba Boy, won the Betty Trask Prize, was long-listed for the Orange Prize, and was short-listed for the Guardian First Book Award, the John Llewellyn Rhys Prize, the Dylan Thomas Prize, and the PEN Open Book Award. In 2013 she was selected as one of Granta’s Best of Young British Novelists.

“A stunning first novel . . . This powerful novel is both a bracing lesson in World War II history and a brutal description of individual survival.” —Boston Globe

“An engrossing debut . . . filled with petty cruelties and hardship, but it also overflows with life . . . Black Mamba Boy tells an important story in an engaging fashion--one with much relevance to today's world.” —Bookpage