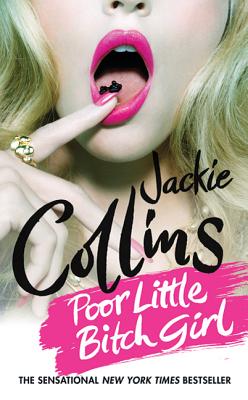 Denver Jones is a hotshot twenty-something attorney working in L.A. Carolyn Henderson is personal assistant to a powerful and very married D.C. Senator with whom she is having an affair. And Annabelle Maestro is NYC's madam of choice for discerning famous men.

Then there is Bobby Santangelo Stanislopolous, the Kennedy-esque son of Lucky Santangelo and deceased Greek shipping billionaire, Dimitri Stanislopolous. Bobby owns Mood, the hottest club in New York. Back in the day, Bobby went to high school with Denver, Carolyn, and Annabelle in Beverly Hills. Now, after the murder of Annabelle's beautiful movie-star mother, the group of old friends is finding themselves thrown together again...and secrets from the past have a way of coming back to haunt everyone.

There have been many imitators, but only Jackie Collins (1937-2015) can tell you what really goes on in the fastest lane of all. From Beverly Hills bedrooms to a raunchy prowl along the streets of Hollywood; from glittering rock parties and concerts to stretch limos and the mansions of power brokers—Jackie Collins chronicles the real truth from the inside looking out. Jackie Collins has been called a “raunchy moralist” by the late director Louis Malle and “Hollywood’s own Marcel Proust” by Vanity Fair magazine. With over 400 million copies of her books sold in more than forty countries, and with some twenty-seven New York Times bestsellers to her credit, Jackie Collins is one of the world’s top-selling novelists. She is known for giving her readers an unrivalled insider’s knowledge of Hollywood and the glamorous lives and loves of the rich, famous, and infamous. “I write about real people in disguise,” she says. “If anything, my characters are toned down -- the truth is much more bizarre.” Ms. Collins books include Poor Little Bitch Girl, A Santangelo Story and Drop Dead Beautiful. Jackie Collins was awarded an OBE by Queen Elizabeth II in 2013. She lived in Los Angeles, CA.

“Delicious! This one is perfect for the beach!” —Cosmopolitan

“Collins's classic can't-put-it-down style and feisty drop-dead glamorous characters transport us to a beyond-fabulous world. Yet with Jackie as our guide, we feel right at home.” —Glamour on Drop Dead Beautiful

“The fabulous Married Lovers has plenty of Hollywood women kicking ass with a trio of new heroes.” —New York Post

“Sexier, steamier, and more scandalous than ever. Love and lust, where the good get what they deserve and the bad get their comeuppance.” —London Daily Express on Married Lovers

“A mood elevator comparable to anything her characters indulge in.” —Heat Magazine on Married Lovers

“Literary icon Jackie Collins is cranking up the heat this summer with her latest most seductive novel to date. A sexy page-turner guaranteed to be the steamiest read of the year.” —New Orleans Living magazine on Married Lovers

“A decadent concoction sure to appeal…a fast lane take on the lives of the rich and fabulous.” —Kirkus Reviews on Lovers & Players