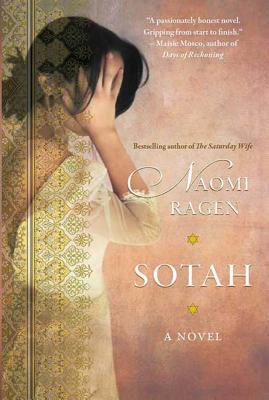 Beautiful, fragile Dina Reich, a young woman in Jerusalem's ultra-Orthodox haredi enclave, stands accused of the community's most unforgivable sin: adultery. Raised with her sisters to be an obedient daughter and a dutiful wife, Dina secretly yearned for the knowledge, romance, and excitement that she knew her circumscribed life would never satisfy. When her first romance is tragically thwarted, she willingly enters into an arranged marriage with a loving but painfully quiet man. Dina's deeply repressed passions become impossible to ignore, finding a dangerous outlet in a sudden and intense obsession with a married man, with terrible consequences. Exiled to New York City, Dina meets Joan, a modern secular woman who challenges all she knows of the world and herself.

Set against the exotic backdrop of Jerusalem's glistening white stones and ancient rituals, Sotah is a contemporary story of the struggle to reconcile tradition with freedom, and faith with love.


Praise For Sotah: A Novel…

“Richness of faith and family lovingly evoked, with the other side--religious and cultural intolerance--equally given its due.” —Kirkus

“Sotah is a passionately honest novel. Gripping from start to finish.” —Maisie Mosco

Naomi Ragen is the author of novels including The Tenth Song, The Sacrifice of Tamar, Sotah, The Covenant, and The Saturday Wife. Her books are international bestsellers, and her weekly email columns on life in the Middle East are read by thousands of subscribers worldwide. Ragen attended Brooklyn College and earned her master’s in English from Hebrew University. An American, she has lived in Jerusalem since 1971. She was recently voted one of the three most popular authors in Israel.
Loading...
or support indie stores by buying on