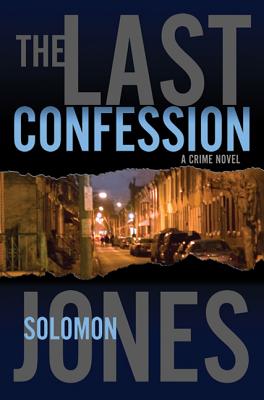 Having come of age on the mob-controlled streets of 1960's South Philly, Detective Mike Coletti learned early to walk the fine line between cops and criminals. That skill served him well during his thirty-one years in homicide. But it never stopped the nightmares. The screams in the sanctuary still haunt him, the sound of the gunshots still torment him, and the truth of the Confessional Murders still speaks to him, if only in his dreams. Now, on the eve of Coletti's retirement, the priest whom he arrested for the decade-old crime is about to be put to death, and in one final nightmare, Coletti clearly sees the truth. The priest is innocent, and it all comes to light when the real killer reemerges and embarks on a killing spree that turns Philadelphia upside down. To set things right and stop the execution of an innocent man, Coletti must catch a mysterious killer who now calls himself the Angel of Death. As the chase winds through art galleries and gritty streets, ancient prophecies and holy ground, the game intensifies, cultures collide, and Philly's best detective is forced to face his nightmarish past—a past that could very well destroy him.


Praise For The Last Confession: A Crime Novel (Mike Coletti #1)…

“A terrific, spellbinding mystery that will keep you guessing all the way. Highly Recommended.” —Jeff Stetson, author of Blood on Leaves on The Last Confession

“In a masterful blending of King and McBain, Solomon Jones steals his readers along on a wild and thoroughly satisfying ride through the venerable, haunted streets of Philadelphia; streets few know better than he.” —Lou Manfredo, author of Rizzo's War on The Last Confession

Solomon Jones is an Essence bestselling author. He has written  novels including The Dead Man's Wife and The Gravedigger's Ball, and is an award-winning columnist whose journalistic works have been published in Essence and the Philadelphia Daily News. He lives in Philadelphia with his family and is currently at work on his next novel.