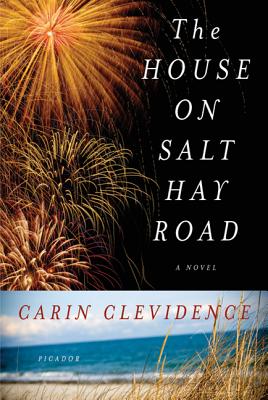 The House on Salt Hay Road

Long Island, 1938. A fireworks factory explodes in a quiet coastal town. In the house on Salt Hay Road, Clay Poole is thrilled by the hole it's blown in everyday life. His older sister, Nancy, is more interested in the striking stranger who appears, dusted with ashes, in the explosion's aftermath. The Pooles—taken in as orphans by their mother's family—can't yet know how the bonds of their makeshift household will be tested and frayed. A vivid and emotionally resonant debut, The House on Salt Hay Road captures the golden light of a vanished time, and the hold that home has on us long after we leave it.


Praise For The House on Salt Hay Road: A Novel…

“The fireworks in Carin Clevidence's first novel, The House on Salt Hay Road, come early, but the novel keeps a steady flame burning until its final scenes. . . . She has a gift for creating images that express the unspeakable.” —The New York Times

“The landscape is inseparable from the cycle of catastrophe and creation in this vivid novel. ” —Los Angeles Times

“Lovely. . . Reading it, you can almost taste the clean, salty air of the South Shore. . . Clevidence's prose is, like the place she writes about, simple and precise. ” —The Miami Herald

Carin Clevidence has won a Rona Jaffe Foundation Writer’s Award and received a fellowship from the Provincetown Fine Arts Work Center. Her stories have been published in a number of journals. The House on Salt Hay Road is her first novel.
Loading...
or support indie stores by buying on