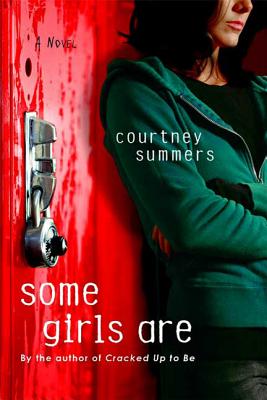 Available now: I'M THE GIRL, the new "brutally captivating" (Publishers Weekly, starred review) queer thriller from Courtney Summers, based loosely on The Epstein case and "not for the faint of heart" (The New York Times)

From Courtney Summers, the author of Cracked Up To Be, comes a dark new tale of high school rivalry in which vicious rumors and nasty tricks are the currency that buys you popularity or seals your fate at the bottom of the food chain.

Climbing to the top of the social ladder is hard--falling from it is even harder. Regina Afton used to be a member of the Fearsome Fivesome, an all-girl clique both feared and revered by the students at Hallowell High... until vicious rumors about her and her best friend's boyfriend start going around.

Now Regina's been "frozen out" and her ex-best friends are out for revenge. If Regina was guilty, it would be one thing, but the rumors are far from the terrifying truth and the bullying is getting more intense by the day. She takes solace in the company of Michael Hayden, a misfit with a tragic past who she herself used to bully. Friendship doesn't come easily for these onetime enemies, and as Regina works hard to make amends for her past, she realizes Michael could be more than just a friend... if threats from the Fearsome Foursome don't break them both first.

Tensions grow and the abuse worsens as the final days of senior year march toward an explosive conclusion.


Praise For Some Girls Are: A Novel…

“Regina’s every emotion is palpable, and it’s impossible not to feel every punch—physical or emotional—she takes.” — Publishers Weekly (Starred Review)

Courtney Summers is the bestselling and critically acclaimed author of several novels for young adults, including Cracked Up to Be, All the Rage and Sadie. Her work has been released to multiple starred reviews, received numerous awards and honors--including the Edgar Award, John Spray Mystery Award, Cybils Award, Odyssey Award, and International Thriller Award--and has been recognized by many library, 'Best Of' and Readers' Choice lists. She lives and writes in Canada.
Loading...
or support indie stores by buying on