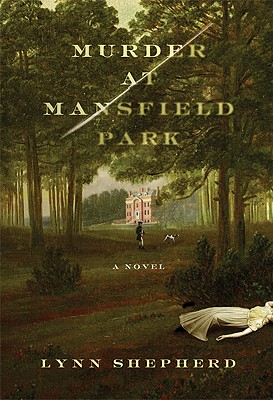 "Nobody, I believe, has ever found it possible to like the heroine of Mansfield Park." --Lionel Trilling

In this ingenious new twist on Mansfield Park, the famously meek Fanny Price--whom Jane Austen's own mother called "insipid"--has been utterly transformed; she is now a rich heiress who is spoiled, condescending, and generally hated throughout the county. Mary Crawford, on the other hand, is now as good as Fanny is bad, and suffers great indignities at the hands of her vindictive neighbor. It's only after Fanny is murdered on the grounds of Mansfield Park that Mary comes into her own, teaming-up with a thief-taker from London to solve the crime.

Featuring genuine Austen characters--the same characters, and the same episodes, but each with a new twist--MURDER AT MANSFIELD PARK is a brilliantly entertaining novel that offers Jane Austen fans an engaging new heroine and story to read again and again.

Praise For Murder at Mansfield Park…

"[Fanny Price is] a monster of complacency and pride...under a cloak of cringing self-abasement." --Kingsley Amis, author of What Became of Jane Austen? And Other Questions

LYNN SHEPHERD, who received a doctorate in English literature from Oxford University, lives in London. She first had the idea of writing "an authentic Austen murder" nearly ten years ago.
Loading...
or
Not Currently Available for Direct Purchase