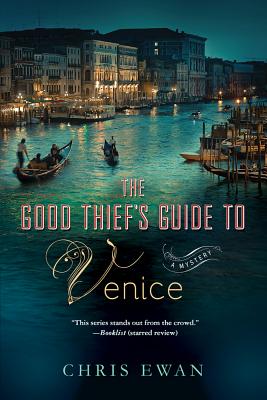 The Good Thief's Guide to Venice

After a bad streak of luck in Vegas, writer and thief Charlie Howard has retreated to Venice, having vowed to give up a life of crime to write mysteries full-time. But inspiration fails to strike. To make matters worse, Charlie's prized first edition of The Maltese Falcon flies out the window with a femme-fatale burglar. Blackmailed into returning to crime in order to get his book back, Charlie is catapulted into a plot that is more explosive than even he could have imagined.
Chris Ewan's Good Thief's Guide Series travels to Venice in this "hilarious yet suspenseful" (Publishers Weekly starred review) caper.


Praise For The Good Thief's Guide to Venice: A Mystery…