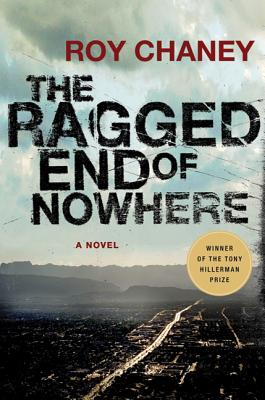 The Ragged End of Nowhere

Bodo Hagen thought his family had left Las Vegas for good. He had joined the CIA and moved to Berlin, while his younger brother had followed in their father's footsteps and joined the French Foreign Legion. For a while they were free from the criminal underworld upon which the Vegas Strip was built.

But when his Legion contract ended, Bodo's brother returned to Las Vegas. Five days later his body was found on the edge of the desert. Word is that he'd returned from Europe with a valuable—and possibly stolen—ancient relic to sell. Now Bodo must come back and track down that missing artifact—and with it, his brother's killer.

A quick-witted, fast-paced novel that shines a sharp new light on Las Vegas, The Ragged End of Nowhere was awwarded the 2008 Tony Hillerman Prize for best debuty mystery set in the American Southwest.


Praise For The Ragged End of Nowhere: A Novel…

“Easily one of the most polished and assured first crime novels I've ever read. Whether it's the glitz of Las Vegas or the underworld of Paris and Berlin, Roy Chaney really knows how to put you at the scene of the crime and ratchet up the suspense. Connoisseurs of Chandler and Connelly have a new author to devour.” —Jason Starr, author of The Follower and Panic Attack

“Can a novel be 'retro' and fresh at the same time? Apparently, because Chaney's book is just that, a smart new take on a classic genre. If you think you've read the last word on Las Vegas, then you should check out The Ragged End of Nowhere.” —Don Winslow, author of The Dawn Patrol


“Bodo Hagen is a new breed of private eye who makes a very special debut in The Ragged End of Nowhere. Roy Chaney exhibits the sure hand of an old pro as he describes Bodo's hunt to find his brother's killer amidst the flash and glitter of present-day Las Vegas. This is one of the best P.I. book titles in many years. Hopefully, Bodo is already booked for a return engagement in Sin City.” —Robert J. Randisi, author of The Rat Pack series

“This action-packed plot zips from beautiful, but crooked antique dealers to local crime czars to tough-as-nails Foreign Legionnaires. Though set in the sleazy underside of present day Las Vegas, the author successfully recreates a 1940's noir atmosphere: a "lone wolf looking for justice," tough grifters, and beautiful, scheming women. . . . This gritty plot mixed with some dashes of humor make this an entertaining read.” —Deadly Pleasures

ROY CHANEY has worked as a military journalist, photographer, newspaper editor, and as an investigator for the federal government. He lives in Kansas City, Missouri.
Loading...
or support indie stores by buying on