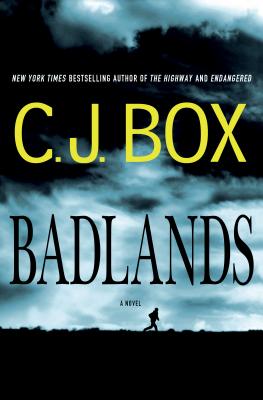 In C.J. Box's New York Times bestseller, Badlands, the town of Grimstad used to be a place people came from but were never headed to. Now it’s the oil capital of North Dakota. With oil comes money, with money comes drugs, and with drugs come the dirtiest criminals Grimstad’s new deputy sheriff Cassie Dewell has ever encountered. . .

“A violent, tension-packed, well-written thriller spiced with Box's vivid portrayal of the Western landscape that he loves...Box seems to get better with every book.” —Associated Press on The Highway

“If C.J. Box isn't already on your list, put him there.” —USA Today on The Highway

“A non-stop, action-filled race against time. Rolling down the superhighway of suspense, this thriller will leave readers breathless.” —Library Journal (starred review) on The Highway

“Be warned: This is one scary novel.” —Toronto Globe and Mail on The Highway

“One of America's best thriller writers...the reader is taken for a terrifying ride.” —New York Journal of Books on The Highway

“The Highway is the summer's most terrifying novel... Prepare to be scared.” —Orlando Sun-Sentinel on The Highway