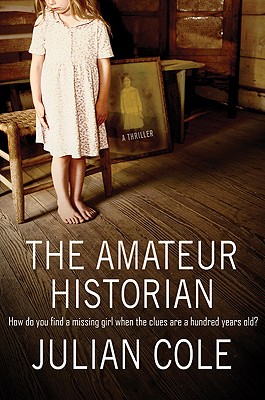 “Punchy and raw, a blend of hard-boiled old school and new bloody thriller. . . crime at its best.” —Waterstone’s (UK) Rick Rounder returns to his hometown a decade after failing to save a young girl from her suicidal father. He sets up as a private eye, much to the envy of his policeman brother Sam, who has risen up the ranks to chief. The two brothers square up across the sibling divide as they are both drawn into the case of a missing girl.

But the case gets more complicated as Rick’s past catches up with him, and the only clues that the brothers have, relate to a girl who lived—and died—in poverty one hundred years ago. The amateur historian has one last lesson to teach.

JULIAN COLE is a journalist and columnist with "The Evening Press." He spent three years writing and researching "The Amateur Historian," his first novel.
Loading...
or
Not Currently Available for Direct Purchase