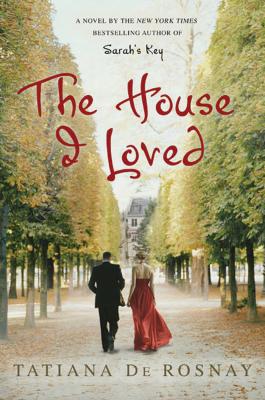 The House I Loved

From the "New York Times" bestselling author of" Sarah's Key" and "A Secret Kept" comes an absorbing new novel about one woman's resistance during an epoque that shook Paris to its very core.

Paris, France: 1860's. Hundreds of houses are being razed, whole neighborhoods reduced to ashes. By order of Emperor Napoleon III, Baron Haussman has set into motion a series of large-scale renovations that will permanently alter the face of old Paris, moulding it into a "modern city." The reforms will erase generations of history but in the midst of the tumult, one woman will take a stand.

Rose Bazelet is determined to fight against the destruction of her family home until the very end; as others flee, she stakes her claim in the basement of the old house on rue Childebert, ignoring the sounds of change that come closer and closer each day. Attempting to overcome the loneliness of her daily life, she begins to write letters to Armand, her beloved late husband. And as she delves into the ritual of remembering, Rose is forced to come to terms with a secret that has been buried deep in her heart for thirty years. Tatiana de Rosnay's "The House I Loved" is both a poignant story of one woman's indelible strength, and an ode to Paris, where houses harbor the joys and sorrows of their inhabitants, and secrets endure in the very walls...


Praise For The House I Loved…

Praise for The House I Loved:

“In her quietly elegant 11th novel, the bestselling author of Sarah’s Key again explores the idea of home as both sanctuary and embodiment of history… [Rose’s] letters, poetic and honest, reveal a world soon to be destroyed by progress. A mesmerizing look at how the homes and neighborhoods we occupy hold not only our memories but our secrets as well.” – People (3 out of 4 stars)

“De Rosnay’s delicacy and the flavor of her beloved Paris are everywhere in this brief but memorable book. Replete with treats, particularly for Paris-lovers—indeed for anyone wedded to a special place.” – Kirkus (starred review)

“Those who enjoyed Sarah’s Key will recognize de Rosnay’s love for her native France and appreciate the poignancy and tenacity of her characters.” – Booklist

“The core of Paris by a phenomenal novelist.” – Elle (France)

“Fraught with drama, as the Sarah’s Key author aims to create an immersive experience in a hugely transformative period in Paris…when the city was torn between modernity and tradition. In Rose, one gets the clear sense of a woman losing her place in a changing world.” – Publishers Weekly

“Whether you approve of Baron Haussmann's modernization of the French capital or not, Tatiana de Rosnay's new book, The House I Loved, is sure to enthrall those who want to learn more about this fascinating period in history.” – Out and About In Paris

TATIANA DE ROSNAY is the author of ten novels, including the "New York Times "bestselling novel "Sarah's Key," an international sensation with over 5 million copies sold in 38 countries worldwide that has now been made into a major film to be released in Summer 2011. Together with Dan Brown and Stieg Larsson, she was named one of the top three fiction writers in Europe in 2010. Tatiana lives with her husband and two children in Paris.
Loading...
or
Not Currently Available for Direct Purchase