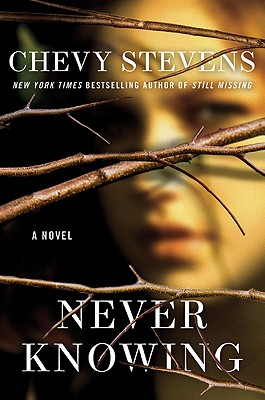 From the acclaimed author of Still Missing comes a psychological thriller about one woman’s search into her past and the deadly truth she uncovers.

Never Knowing is a complex and compelling portrayal of one woman’s quest to understand herself, her origins, and her family. That is, if she can survive. . . .

"Block off the weekend, grab a comfy seat and prepare for the rocket ride of your life! Never Knowing will consume you with the desire to read every page, gasp at every twist and know every last secret between one woman and her serial killer father."--Lisa Gardener, #1 New York Times bestselling author of Love You More

"NEVER KNOWING is a chilling thriller with enough twists and turns so every time I thought I knew where it was going I was taken somewhere else. I have a feeling that Chevy Stevens is an author who is going to keep getting better and better with each book! I hope I'm still around for the next six -- at which point she'll probably give me a heart attack. But what a great way to go out!"--Lois Duncan, author of I Know What You Did Last Summer.

“A terrifying, chilling scenario that unfolds into a nightmare and had me keeping the light on at night.”--Rosamund Lupton, bestselling author of Sister

" Stevens takes us on a wild ride in this action-packed book." --The Globe and Mail

"Stevens's unnerving stand-alone thriller about a woman's search for her birth parents matches the intensity of her impressive debut.... the skillful storytelling never flags." --Publishers Weekly

"As finely calculated in its escalating suspense as Stevens’ grueling debut." --Kirkus Reviews

"If you love racing through a psychological thriller, or if you’re interested in writing within this genre, read both of these novels back to back and witness the development of a talented new storyteller." --National Post

"The action is non-stop and the story flows without a bump." --Seattle Post Intelligencer

"This is an excellent beach read because you'll find you can't put the book down for more than a moment once you pick it up, so have an open day planned." --The Surrey Now

"Never Knowing is a thrilling read.... Stevens is establishing herself as a writer who can be counted on to deliver an exciting story, told through compelling characters." --BC Local News

Chevy Stevens is the author of "Still Missing." Before becoming a writer, she worked as a realtor. When she held open houses, she had a lot of time waiting by herself between potential buyers, and Stevens would spend this time scaring herself with all the things that could happen to her. The most terrifying scenario she thought up became the story behind "Still Missing." Stevens grew up on a ranch on Vancouver Island, and she still calls the island home. When she's not writing, she's hiking with her husband and her dog in the local mountains.
Loading...
or
Not Currently Available for Direct Purchase