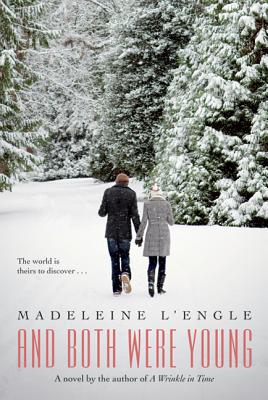 In this novel by the author of A Wrinkle in Time, a young woman is miserable at an all girls' boarding school in Switzerland . . . until she meets a mysterious boy.

Flip feels like a prisoner when she first arrives at boarding school in Switzerland; her days are strictly scheduled and she never has a minute to herself. She's constantly surrounded by girls who never stop talking about clothes and boys, making Flip feel lonely, clumsy, and awkward. Then she finds a true friend in Paul. He understands her in a way that no one at school does, and she breaks the rules to spend time with him. But as the two become closer, Flip learns that Paul has a mystery in his past. To help him discover the truth, she must put herself in serious danger.

This new edition of one of Madeleine L'Engle's earliest works features an introduction by the author's granddaughter, the writer Léna Roy.

A Wrinkle in Time: The Graphic Novel by Madeleine L'Engle; adapted & illustrated by Hope Larson

Intergalactic P.S. 3 by Madeleine L'Engle; illustrated by Hope Larson: A standalone story set in the world of A Wrinkle in Time.


Praise For And Both Were Young…

“A well-written story. Occasional emotional abysses provide a touch of melodrama.... To many girls the setting will be fascinating -- and the boarding school background is usually a popular one (only too hard to find today).” —Kirkus Reviews

Léna Roy published her first novel, Edges (FSG), in late 2010. She is the Regional Manager for Writopia Lab in Westchester and Connecticut, and her writing was featured in the essay collection for middle school kids and their teachers Breakfast on Mars and 37 Other Essays to Devour: Your Favorite Authors Take on the Dreaded Essay Assignment. She lives in New York.
Loading...
or support indie stores by buying on