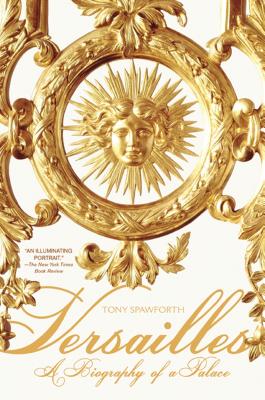 A Biography of a Palace

Called "fast-paced" (Kirkus Reviews) and "highly engrossing" (Publishers Weekly), this is the behind-the-scenes story of the world's most famous palace.

The story of Versailles is one of high historical drama mixed with the high camp and glamour of the European courts, all in an iconic home for the French arts. The palace itself has been radically altered since 1789. Versailles sets out to rediscover what is now a vanished world: a great center of power and, for thousands, a home both grand and squalid.

Using the latest historical research, Spawforth offers the first full account of Versailles in English in over thirty years. He probes the conventional picture of this "perpetual house party" and gives full weight to the darker side: not just the mounting discomfort of the aging palace but also the intrigue and status anxiety of its aristocrats, as well as the changing place of Versailles in France's national identity since 1789.

Many books have told the stories of the royals and artists living in Versailles, but this is the first to turn its focus on the palace itself—from architecture to politics to scandal to restoration.

Tony Spawforth was Assistant Director of the British School of Archeology at Athens, Greece, and a member of the Institute for Advanced Study at Princeton before holding his current position as professor of ancient history at Newcastle University. He is the co-author of Hellenistic and Roman Sparta: A Tale of Two Cities and author of Versailles: A Biography of a Palace, Oxford Archeological Guides: Greece and The Complete Greek Temples. In addition, he has a rich broadcast history with the BBC, the Evening Standard, The Daily Telegraph, and The Observer. He is a member of the Societe des Amis de Versailles

Praise For Versailles: A Biography of a Palace…

“Irresistible to anyone interested in the interactions of power, sexuality, and topography.” —Philip Mansel, author of Paris Between Empires