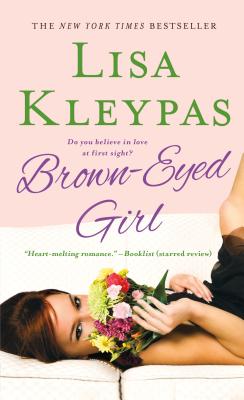 A Novel (The Travis Family #4)

“Swoonworthy and romantic. Brown-Eyed Girl is simply delightful and not to be missed.”
—RT Book Reviews

“Kleypas is a class by herself, and the conclusion to her Travis Brothers quartet deserves an A+.”—Booklist (starred review)

She’s a single woman in the Lone Star state.

Wedding planner Avery Crosslin may be a rising star in Houston society, but she doesn’t believe in true love—at least not for herself. When she meets wealthy bachelor Joe Travis and mistakes him for a wedding photographer, she has no intention of letting him sweep her off her feet. But Joe is a man who goes after what he wants—and, at the end of the day, Avery can’t resist his charms.

A man like Joe can only mean trouble for a woman like Avery, and she can’t afford distractions—especially now that she’s been hired to plan a career-making wedding event. But when Joe makes it clear that he’s not going to give up that easily, Avery must confront the insecurities and beliefs that stem from a past she would do anything to forget. What is she willing to risk for a chance at “happily ever after?”

Lisa Kleypas is the RITA Award-winning author of many contemporary and historical romance novels, including A Wallflower Christmas, Christmas Eve at Friday Harbor, and Love in the Afternoon. Her books are published in fourteen languages and are bestsellers all over the world. Kleypas graduated from Wellesley College and published her first novel at the age of 21. In 1985, she was named Miss Massachusetts in the Miss America competition. She lives in Washington with her husband and two children.
Loading...
or support indie stores by buying on
(This book is on backorder)