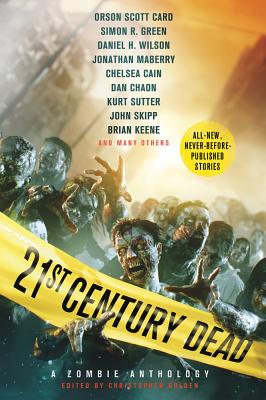 “This powerful anthology shines a bright and unflinching light on the fears of death, decay, and loss that underpin America's longstanding obsession with the undead.” —Publishers Weekly (starred review) on The New Dead

CHRISTOPHER GOLDEN is the award-winning, bestselling author of such novels as The Myth Hunters, The Boys Are Back in Town, Strangewood, and Of Saints and Shadows. He co-wrote the lavishly illustrated novel Baltimore, or, The Steadfast Tin Soldier and the Vampire with Mike Mignola, and the comic book series featuring the same character.
Loading...
or support indie stores by buying on