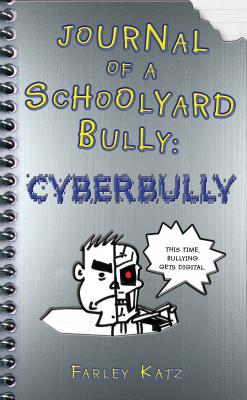 Journal of a Schoolyard Bully

In the tradition of the mega successful DIARY OF A WIMPY KID and DORK DIARIES, JOURNAL OF A SCHOOLYARD BULLY: Cyberbully by Farley Katz chronicles the life of Niko Taylor, habitual trouble-maker. For the second time in the series, Niko Kayler makes a triumphant return from bully rehab and must once again right his wrongs—but what happ ens when the tables are turned?

After his mom transfers jobs and towns, Niko Kayler, notorious calculating bully, gets a second chance to be good, or be evil. Though he tries to contain himself, Niko stumbles onto the world of cyber bullying, harnessing the power of cell phones, facebook, and some technology he invents to covertly torture his fellow classmates. Things seem to be going well for Niko until the technology is turned against him and Niko learns what it's like to be on the wrong side of the cyber bullying.


Praise For Journal of a Schoolyard Bully: Cyberbully…

“For older readers looking for a humorous escape from the classic literature assigned in school, Journal of the Schoolyard Bully: Cyber Bully just might be the release they need.” —VOYA

At twenty-seven, FARLEY KATZ is the youngest staff cartoonist for The New Yorker, where he's published more than fifty cartoons. Last year he wrote and edited The New Yorker's comedy blog, The Cartoon Lounge. He's written jokes and drawn cartoons for Mad Magazine, Saturday Night Live, and The Harvard Lampoon, where he was an editor in college. After graduating, he moved to Los Angeles where he developed a comedy pilot for Endemol, and wrote and directed for Budweiser’s Bud T.V. His work has appeared on Eater.com and in Narrative magazine. He lives in New York City where he writes and draws the webcomic Kids Are Dumb.
Loading...
or
Not Currently Available for Direct Purchase