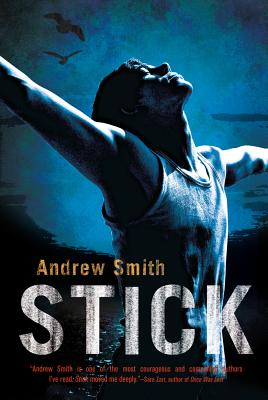 Fourteen-year-old Stark McClellan (nicknamed Stick because he's tall and thin) is bullied for being "deformed" he was born with only one ear. His older brother Bosten is always there to defend Stick. But the boys can't defend one another from their abusive parents.

When Stick realizes Bosten is gay, he knows that to survive his father's anger, Bosten must leave home. Stick has to find his brother, or he will never feel whole again. In his search, he will encounter good people, bad people, and people who are simply indifferent to kids from the wrong side of the tracks. But he never loses hope of finding love and his brother.

“Suggest this to readers who can handle the intensity of Smith’s In the Path of Falling Objects (2009) and The Marbury Lens (2010, both Feiwel & Friends).”--School Library Journal “The violence of the story is intense, but so is the deep loyalty between the brothers…”--Horn Book Magazine “The prose is strong and evocative, lapsing into imagistic poetry at times to reveal the intensity of Stick’s emotions. Readers should be prepared to have their hearts broken by these vulnerable, utterly lovable brothers.”--BCCB “Dark, painful, but ultimately hopeful, this is not a book for everyone, but in the right reader’s hands, it will be treasured.” --VOYA “A smaller work from Smith, but one that sustains his growing rep as one of the sharpest blades in YA.”--Booklist "Smith (The Marbury Lens) revs up the emotions and the violence in this realistic and powerful tale, bringing in sexual abuse, hard drugs, and homelessness, while including enough positive characters to give Stick the support he desperately needs, providing for an imperfect but believable happy ending.” --Publishers Weekly, starred review “An altogether compelling, if disturbing work.” --Kirkus Reviews

Andrew Smith is the author of Ghost Medicine and The Marbury Lens, both of which were named American Library Association Best Books for Young Adults. He is also the author of In the Path of Falling Objects. In addition to writing, he teaches high school advanced placement classes and coaches rugby. He lives in Southern California with his family, in a rural location in the mountains.
Loading...
or
Not Currently Available for Direct Purchase