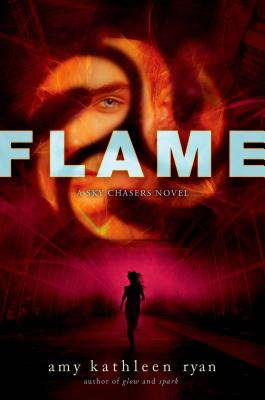 Book Three of the Sky Chasers

In the thrilling conclusion to Amy Kathleen Ryan's Sky Chasers series, Waverly, Kieran, and Seth struggle to survive on-board the New Horizon—and take down their enemies before it's too late
Waverly and the other members of the Empyrean have been scattered, and their home ship destroyed. Their mission to rescue their parents didn't go as planned, and now they're at an even greater disadvantage: trapped with their enemies on the New Horizon, trying to find a way to survive. Kieran has been pulled under Anne Mather's wing, but is she really trying to make peace, or just using Kieran to build her own power? Meanwhile, Waverly is taken in by a mysterious old man who wants to help her bring Anne Mather down—but the more Waverly cooperates with him, the more dangerous her position is, and the more at odds with Kieran she becomes.

Seth's situation is even worse. After setting out from the Empyrean on his own, with only a vague strategy to guide him, he is a fugitive aboard the New Horizon. He's doing what he can to challenge the power of Anne Mather, but he's badly hurt, and getting sicker. All the while, unknown to him, the terrorist Jacob is making plans of his own.

Will Seth ever see Waverly again? Will his health hold out long enough to help her topple their enemies? And will Waverly find a way to unite with her friends before they all fall? Nothing is sure and every moment is a risk in Flame, the explosive finale of the Sky Chasers series.


Praise For Flame: Book Three of the Sky Chasers…

“Delivers a page-turning plot . . . Readers hungry for the next installment will have plenty to ponder in the meantime.” —Kirkus Reviews on Spark

“This swift-moving epic is filled with plot twists and enigmatic characters . . . Fans of the Hunger Games series will zip through and clamor for the next installment. ” —Booklist on Glow