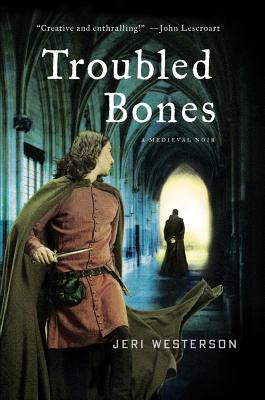 "The Crispin series is excellent at showing the difficulties of life in medieval England. The meeting with Chaucer and his group of pilgrims adds great enjoyment to the book. This is a fantastic book you won’t want to put down."
--RT Book Reviews (Top Pick!) "Westerson’s latest medieval noir is a very readable combination of historical fact and mystery."
--Kirkus Reviews "The Agatha Christie–like solution will please puzzle buffs."
--Publishers Weekly

JERI WESTERSON is the author of three previous books featuring Crispin Guest - "Veil of Lies," "Serpent in the Thorns, "and "The Demon's Parchment." She lives in Menifee, California.
Loading...
or
Not Currently Available for Direct Purchase