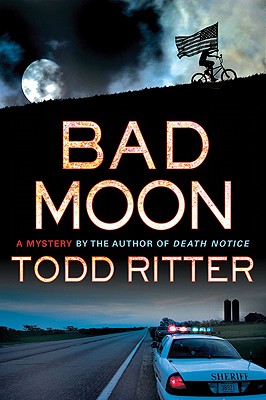 On the same night that Neil Armstrong became the first man to walk on the moon, ten-year-old Charlie Olmstead jumped on his bike to see if there was some way he could get a better look. It was the last anyone ever saw of him. After Perry Hollow Police Chief Jim Campbell found Charlie's bike caught in the water above Sunset Falls, he assumed the worst. Everyone did--except Charlie's mother.
Years later, Eric Olmstead--now a famous author and Charlie's younger brother--has come back to Perry Hollow to bury his mother and fulfill her last request: Find Charlie. To do so, he goes to the current police chief, his former sweetheart, Kat Campbell, who happens to be Jim Campbell's daughter. Together they soon discover that Eric's mother was convinced Charlie was kidnapped, and that finding him--whether he was dead or alive--was her secret obsession. While she never succeeded, she did uncover clues that suggested he wasn't the only boy across Pennsylvania to vanish into thin air during that time.
The haunting story of a boy missing for forty years, and of a small town that found lies easier to believe than the truth, explodes into the present in "Bad Moon," Todd Ritter's excellent follow-up to his acclaimed debut.

It’s July 20, 1969, and we return to Perry Hollow in a dreamy, shimmering opening scene where Neil Armstrong is making history.  But as the television in the Olmstead living room casts its eerie light, a much bigger drama is unfolding. Ten-year-old Charlie has taken off on his bicycle, certain that he can see the astronaut bouncing along the surface of the glowing full moon.  He doesn’t come home.  And on that night, when the world was staring in wonder at the heavens, Charlie’s mother was running through the streets of Perry Hollows, looking for her son.  She never found him.

For a mother, the loss of a child is a far more impacting event than the first moonwalk. And though the authorities and the rest of the town thought that Charlie was lost to an accident that night – his mother Maggie never believed it.  She spent her whole life secretly searching for her son, for some kind of closure that never came.  In BAD MOON, Todd Ritter’s compelling follow-up to last year’s acclaimed DEATH NOTICE, most everyone is carrying that same burden, looking for answers that may or may not ever come.

More than 40 years after Charlie’s disappearance, his brother, bestselling novelist Eric Olmstead has returned home to honor his mother’s dying wish: FIND HIM.   He enlists the help of Nick Donnelly who, after losing his job with the state police, dedicates his life to solving cold cases.  He, too, may be seeking a kind of closure in helping grieving families find answers when everyone else has given up.  He knows what it’s like to live with haunting questions.

Enter Perry Hollow Police Chief Kat Campbell. Her own father ran the 1969 investigation into Charlie’s disappearance; and in following his notes, she realizes that he overlooked – or ignored -- critical clues.  But why? To complicate matters, Eric and Kat share a history themselves, a painful one she’d rather forget.  The past, it seems, wants to find a way out of the grave to wrap itself around the present.

Ritter delves deep into the veiled, complicated lives of Perry Hollows residents. And in doing so he tackles some big themes:  What does it mean to be someone’s parent?  And what does it mean to be someone’s child? How far will we go to hide the truth about ourselves and the people we love? In this complex, and expertly plotted outing, Todd Ritter explores these matters with a deft hand, never letting the suspense lag for even a moment -- right through to the astonishing conclusion.

Lisa Unger is an award-winning New York Times and international bestselling author. Her novels have sold over 1 million copies in the U.S. and have been translated into 26 different languages. Her writing has been hailed as "masterful" (St. Petersburg Times), "sensational" (Publishers Weekly) and "sophisticated" (New York Daily News) with "gripping narrative and evocative, muscular prose" (Associated Press).

TODD RITTER, author of Death Notice, is a career journalist and is currently at "The Star-Ledger." He lives in suburban New Jersey. "Bad Moon" is his second novel.