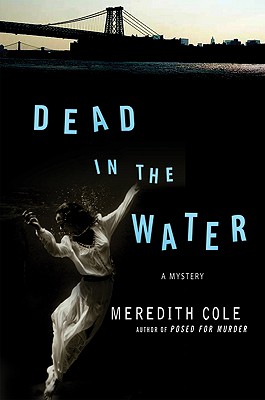 Dead in the Water

Photographer Lydia McKenzie is taking portraits of prostitutes on the waterfront of Williamsburg, Brooklyn, when her art project takes a deadly turn. She discovers the body of Glenda, the star of her series, floating in the East River.

Lydia’s new boyfriend doesn’t want her to get involved in the investigation, and neither does NYPD detective Daniel Romero. But Glenda’s grieving mother begs her for help. So when the D’Angelo brothers, her bosses at the detective agency where she works as an administrative assistant, send Lydia out to the Williamsburg waterfront to catch their cousin’s cheating husband and bring back photos as evidence, she starts to do some sleuthing on the side.

When more hookers are murdered, Lydia teams up with a volunteer organization whose mission is to help women find a way off the streets. As she becomes more involved with the group, Lydia ends up questioning her choices, her relationships, her art, and her identity---all while she runs for her life from a killer who isn’t finished with a deadly rampage.

Meredith Cole, a director and screenwriter, was named a Playwriting/Screenwriting fellow by the New York Foundation for the Arts. She is a winner of the Malice Domestic Best First Traditional Mystery Novel Competition. She lives in Virginia with her husband and son.
Loading...
or
Not Currently Available for Direct Purchase