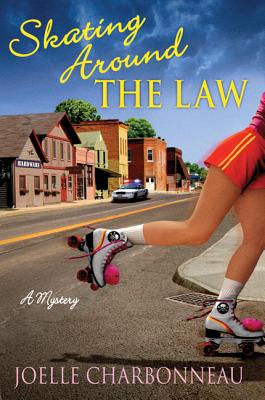 Skating Around the Law

Rebecca Robbins is a woman on a mission---to sell the roller rink she inherited from her mother and get back to Chicago. Fast. However, when she discovers the dead body of the town's handyman headfirst in a rink toilet, potential buyers are scared off. Now Rebecca is stuck in a small town where her former neighbors think she doesn't belong, living with her scarily frisky grandfather, Pop, and relying on a police department that's better at gardening than solving crimes.

Eager to move forward with her life, Rebecca begins investigating the murder herself, reluctantly accepting help from Pop and his extensive social network, which includes a handsome veterinarian and a former circus camel named Elwood. Nevertheless, someone isn't happy she's looking into the case, and their threats will have her questioning whether playing sleuth was such a good idea after all.

Joelle Charbonneau's debut is a sheer delight---a laugh-out-loud mystery with plenty of heart.


Praise For Skating Around the Law: A Mystery (Rebecca Robbins Mysteries #1)…

“Funny and sexy, with a teasing mystery. Janet Evanovich fans will find Charbonneau's debut a good fix while they're waiting for Stephanie Plum's latest.” —Kirkus Reviews

“Roller skates and crime don't mix, or do they? In Charbonneau's fresh, funny debut they most certainly do.” —Publishers Weekly

“Joelle Charbonneau with her debut novel shows she knows how to craft a great mystery and she has wonderful timing, which she uses deftly in this small town murder story. Rebecca Robbins is a character that is hard not to love, funny, smart and an amateur detective who can think on her feet, or skates. Pick this up, you'll enjoy it.” —Crimespree Magazine

“Let Joelle Charbonneau skate into your imagination with a sparkling mystery featuring a spirited heroine and a small town populated with lively characters. Joelle is a charmer of a writer.” —New York Times bestselling author Susan Elizabeth Phillips

Joelle Charbonneau has worked as a professional singer and actress and currently is a private voice instructor. Her mother was a national and world champion roller skater. Joelle lives with her husband and toddler son in Illinois. Her books include Skating Around the Law and Skating Over the Line.
Loading...
or support indie stores by buying on