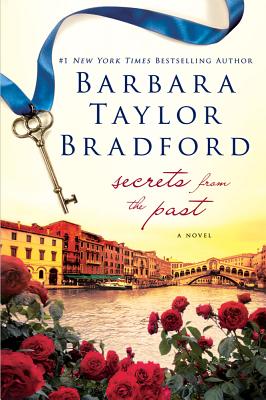 Secrets from the Past

From the #1 "New York Times" bestselling author comes a powerful and emotional novel about one woman's quest to uncover long-buried secrets about her family--secrets she will stop at nothing to uncover, no matter the consequences. At thirty, American photojournalist Serena Stone has already made a name for herself with her unique and dramatic coverage of wars in the Middle East, following in her famous father's footsteps. But after his unexpected death in France, she ends her job at the renowned photo news agency, weary of years of danger. Leaving the front lines behind, Serena returns to New York where she starts work on a biography of her celebrated father. When Serena discovers that her former lover Zachary North is in trouble overseas, she's forced to leave the safety of her new life, and head back to a place she was trying to escape...and her life will never be the same again. As she brings Zac back to health in Venice, she discovers a shocking secret in the archives of her late father's work. It is a secret that will propel her back to war-torn Libya, risking her life looking for clues that she hopes will piece together the mystery surrounding her parents' marriage and the part of their life together that she never knew.

Well-kept secrets, passionate love, obsession, betrayal, redemption, and the power of the past to control the future propel "Secrets from the Past," the explosive new novel from "The New York Times" bestselling author Barbara Taylor Bradford.

BARBARA TAYLOR BRADFORD was born and brought up in England, where she started her writing career as a journalist. She has written twenty-seven international bestsellers. Secrets from the Past is her twenty-eighth novel. In 2007 Queen Elizabeth awarded her the OBE for her literary achievements. She lives in New York with her husband, TV and film producer Robert Bradford.
Loading...
or
Not Currently Available for Direct Purchase