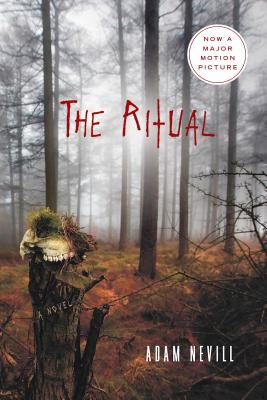 When four old University friends set off into the Scandinavian wilderness of the Arctic Circle, they aim to briefly escape the problems of their lives and reconnect with one another. But when Luke, the only man still single and living a precarious existence, finds he has little left in common with his well-heeled friends, tensions rise. With limited experience between them, a shortcut meant to ease their hike turns into a nightmare scenario that could cost them their lives. Lost, hungry, and surrounded by forest untouched for millennia, Luke figures things couldn't possibly get any worse. But then they stumble across an old habitation. Ancient artefacts decorate the walls and there are bones scattered upon the dry floors. The residue of old rites and pagan sacrifice for something that still exists in the forest. Something responsible for the bestial presence that follows their every step. As the four friends stagger in the direction of salvation, they learn that death doesn't come easy among these ancient trees . . .


Praise For The Ritual…

“A mind-twisting journey into the dark backwoods of terror. Deeply disturbing and absolutely riveting.” —Jonathan Maberry

“A book which preys on our most basic, instinctive fears, then amplifies them ten-fold. A desperate, intense descent into the depths of somewhere unimaginably ancient and unspeakably evil.” —David Moody

“'And on the second day things did not get better.' This suitably foreboding opening sentence sets the stage for a dark and mesmerizing horror debut that riffs on Algernon Blackwood's classic story 'The Wendigo.' Hutch, Luke, Dom, and Phil set off on a camping trip in the forests of Sweden, only to find the woods hostile to their explorations. Tensions arise when it becomes clear that two of the party aren't physically up to the challenges of navigating the rough terrain, and fears set in with the discovery of an eviscerated 'thing' hanging higher up in a tree then any animal would place it. Nevill makes the natural world deeply menacing, using the power of suggestion rather than explicit images to create a growing claustrophobic feeling as the difficult journey to return to some semblance of civilization embeds the quartet only further in the grasp of primal evil.” —Publishers Weekly – Starred Review

“A spine-tingling tale of one man's survival in a truly horrific realm.” —Suspense Magazine

Adam L. G. Nevill was born in Birmingham, England, in 1969, and grew up in England and New Zealand. A graduate of the University of St Andrews Masters programme, he is the author of The Ritual and Banquet for the Damned, an original novel of supernatural horror inspired by M. R. James and the great tradition of the British weird tale. In his working life he has endured a variety of occupations, including from 2000 to 2004 both nightwatchman and day porter in the exclusive apartment buildings of west London.
Loading...
or support indie stores by buying on