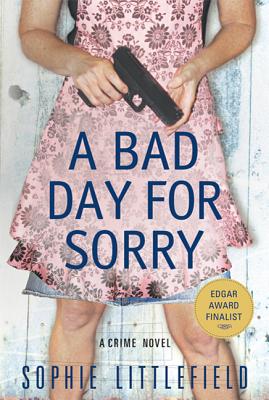 Stella Hardesty dispatched her abusive husband with a wrench shortly before her fiftieth birthday. A few years later, she's so busy delivering home-style justice, helping other women deal with their own abusive husbands and boyfriends, that she's barely got time to run her sewing shop. Since Stella works outside of the law, she's free to do whatever it takes to be convincing—as long as she keeps her distance from the handsome devil of a local sheriff, Goat Jones.

When young mother Chrissy Shaw asks Stella for help with her no-good, husband Roy Dean, it looks like just another standard job. But then Chrissy's two-year-old son is taken, and Stella finds herself up against a much more formidable enemy.

“Crime fiction hasn't seen a character as scrappy, mean, and incredibly appealing as Stella in a long time.” —Entertainment Weekly

“An abundance of violence is leavened with humor and heart in this debut novel in what I hope is the start of a new series.” —Hallie Ephron, Boston Globe

“Markedly original…The story's compelling, the dialogue perfect--and Stella is one of the most memorable characters of this summer or any other.” —Richmond Times-Dispatch

“In her debut novel, Sophie Littlefield shows considerable skills for delving into the depths of her characters and complex plotting as she disarms the reader.….Littlefield keeps the plot churning with realistic action that doesn't let up….Littlefield's exciting debut should be the start of an even more exciting series.” —South Florida Sun-Sentinel