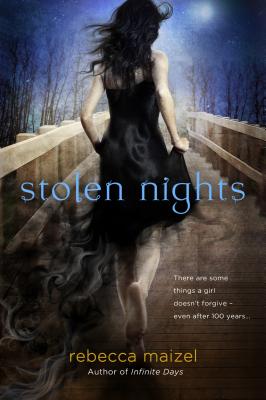 A new year is beginning at Wickham Boarding School. A new chance at life, at reversing the evil in my past. But nothing is ever as simple it seems...

Last year, the love of my life died performing a ritual to fulfill my one wish and make me human. And now I've performed the same ritual for my friend Vicken – and survived. Why am I here, back safe on Wickham campus?

The strong magic I used in the ritual did more than just make Vicken human. It drew someone to Lover's Bay who does not belong here. She wants the ritual. Then she wants me dead. And she will take down any and everyone in my life to get what she wants.

As if that weren't enough, the ritual has also summoned the anger of the Aeris, the four elements and most fundamental powers on earth. They have a surprise and an unbearable punishment for me – like stepping into the sun for the first time, only to be put into a cage. And now I have to make an impossible choice – between love or life, yearning or having, present or past…

“Thrilling, clever, and sob-inducing… Stolen Nights pulls you into a world of danger and sacrifice and refuses to let go even after you've read the final words.” —Carrie Jones, New York Times bestselling author of the Need series, on Stolen Nights

“Maizel has written a gripping debut novel that wraps a historical story into a modern, paranormal tale. Lenah is a multilayered woman who understands the test of time, yet experiences life as if just born. A new series sure to appeal to many — young and old. Breathtaking!” —RT Book Reviews (Top Pick) on Infinite Days

“Dark and dreamy… Vampire fans or not, readers will find a lot to enjoy.” —Publishers Weekly on Infinite Days

Rebecca Maizel is the bestselling author of the Vampire Queen series, starting with Infinite Days. She graduated from Boston University and the Rhode Island College master’s program. She teaches community college in Rhode Island and is studying to receive her MFA from Vermont College.
Loading...
or support indie stores by buying on