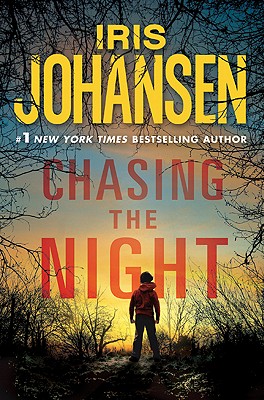 A CIA agent’s two-year-old child was stolen in the night as a brutal act of vengeance. Now, eight years later, this torment is something Catherine Ling awakens to every day. Her friends, family, and colleagues tell her to let go, move on, accept that her son is never coming back. But she can’t. Catherine needs to find someone as driven and obsessed as she is to help her— and that person is Eve Duncan. She knows that Eve shares her nightmare, since closure is also something that eludes Eve after the disappearance of her daughter Bonnie. Now, Eve must take her talents as a forensic sculptor to another level, using age progression as a way to unite Catherine with her child. As Eve gets drawn deeper into Catherine’s horror, she must face looming demons of her own.

Bonnie’s killer is still out there. And a new killer is taunting Eve and Catherine at every turn. Is Catherine’s son alive, or not? These two women endure the worst fear any mother can imagine in Iris Johansen’s latest thrill ride, a gut-wrenching journey into the darkest places of the soul.

Praise For Chasing the Night…

"A story that is literally explosive! ... Johansen’s books are so addictive because of her expertise in creating memorable characters faced with life-testing challenges. Pulse-pounding!"
--RT Book Reviews

Iris Johansen is the "New York Times" bestselling author of" Blood Game," "Eve," and "Eight Days to Live," among others. She began writing after her children left home for college, and first achieved success in the early 1980s writing category romances. In 1991, she began writing suspense historical romance novels, and in 1996 she turned to crime fiction, with which she has had great success. She lives near Atlanta, Georgia.
Loading...
or
Not Currently Available for Direct Purchase