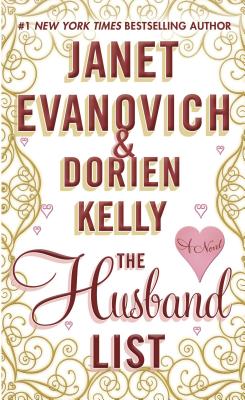 Based on the family from the bestselling Love in a Nutshell, the story of an heiress longing to marry for love or not at all...

From The New York Times bestselling writing duo Janet Evanovich and Dorien Kelly, comes the story of a young woman's search for true love. Caroline Maxwell would like nothing more than to join her brother, Eddie, and his friend, Jack Culhane, on their adventures. While Jack and Eddie are off seeing the world, buying up businesses and building wildly successful careers, Caroline's stuck at home frightening off the men her mother hopes will ask for her hand in marriage. When her mother sets her sights on the questionable Lord Bremerton as a possible suitor, Caroline struggles with her instincts and the true nature of her heart. She longs for adventure, passion, love, and most of all . . . Jack Culhane, an unconventional Irish-American bachelor with new money and no title. A completely unacceptable suitor in the eyes of Caroline's mother. But Caroline's dark hair, brilliant eyes and quick wit have Jack understanding just why it is people fall in love and get married.

Set in New York City in 1894, The Husband List is an American gilded age romantic mystery. It evokes memories of the lavish lifestyles and social expectations of the Vanderbilts and Rockefellers—a time when new money from the Americas married Old World social prestige and privilege. Dresses by Worth, transcontinental ocean voyages, lavish parties, a little intrigue, and a lot of romance await in, The Husband List.


Praise For The Husband List: A Novel (Culhane Family Series #1)…

“sexy…[Like] a Fred Astaire and Ginger Rogers classic performance, [the authors] mixed their expert maneuvers with graceful precision to create a fun read with the right amount of humor, suspense, and romance.” —USA Today

“A REFRESHING READ that will keep readers smiling--whether they are brew fans or not…Sassy, laugh-out-loud humor, vastly appealing characters, and an intriguing setting make this fast-paced, suspenseful romance one to imbibe. ” —Library Journal

“a story sure to please…Evanovich and Kelly skillfully combine comedy with romance and suspense.” —Booklist

When Dorien Kelly was fresh out of the University of Michigan, she worked as a waitress while pondering the writing life.  After a while, she decided she'd probably make more money as a lawyer. So back to school she went. After graduating, she practiced commercial law for several years.  Ultimately, she realized that while a legal career was lucrative, it was making her too Type A to survive. Since she was tired of billing out her life by the quarter-hour and wearing pantyhose, she turned back to writing. Her first novel, a romantic comedy called Designs on Jake was published by Harlequin Books in 2002.  A lot more books--and some pretty crazy times--followed.  These days she's co-authoring romance novels with the amazing Janet Evanovich, working on her own projects, and thanking her luck stars for three patient and completely awesome children, and her own happily-ever after with a wonderful man.
Loading...
or
Not Currently Available for Direct Purchase