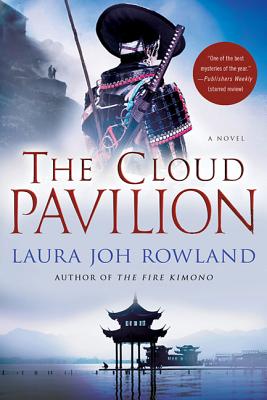 Publishers Weekly calls Laura Joh Rowland's The Cloud Pavilion "One of the best mysteries of the year.

Japan, 1701. A terrified woman is brutally attacked amid a swirling storm of clouds. Meanwhile, at Edo Castle, samurai detective turned chamberlain, Sano Ichiro, is suspicious of his old rival, Yanagisawa, who has been oddly cooperative since returning from exile. But just as Yanagisawa's true motives begin to emerge, Sano's estranged uncle comes to him for help: His daughter has disappeared, and he begs Sano and his wife, Reiko—who once suffered through the kidnapping of their own son—to find her before it is too late.


Praise For The Cloud Pavilion: A Novel (Sano Ichiro Novels #14)…

“One of the best mysteries of the year.” —Publishers Weekly

“Rowland has a painter's eye for the minutiae of court life, as well as a politician's ear for intrigue.” —The New York Times Book Review

“Entertaining. . . . . Rowland creates a well-crafted portrait of an exotic place and time.” —The Times-Picayune on The Cloud Pavilion

“An exercise in pure entertainment . . . [The Fire Kimono] takes us to an exotic time and place and overwhelms us with intrigue, romance, adventure, and frequent bloodshed.” —The Washington Post

“Demonstrating an impressive level of sustained excellence, Rowland's mysteries set in seventeenth-century Japan form one of the best recent series in the genre.” —Publishers Weekly (starred review) on The Snow Empress

LAURA JOH ROWLAND is the author of the Sano Ichiro mysteries (Shinju, Bundori, and The Way of the Traitor), which have twice been named Best Mysteries of the Year by Publishers Weekly. She lived through a natural disaster when Hurricane Katrina nearly destroyed her house in New Orleans, and now lives in New York City.
Loading...
or support indie stores by buying on