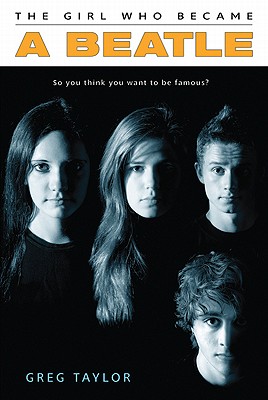 The Girl Who Became a Beatle

When Regina Bloomsbury's band, the Caverns, breaks up, she thinks it's all over. And then she makes a wish "I wish I could be as famous as the Beatles."

The Beatles are her music idols. The next day, she gets up to find that the Caverns are not just as famous as the Beatles, they have replaced them in history Regina is living like a rock star, and loving it. There are talk shows, music videos, and live concerts with thousands of screaming fans. And Regina is the star of it all.

But fame is getting the better of Regina, and she has a decision to make. Does she want to replace the Beatles forever?

Greg Taylor's "The Girl Who Became a Beatle" is a rocking young adult novel about the good and the bad of Hollywood, fame, and rock 'n roll.


Praise For The Girl Who Became a Beatle…

“As in his debut novel, Killer Pizza, Taylor has hold of an undeniably clever concept.” –Publishers Weekly

“Regina’s relationship with her father–particularly as it is threatened by the appearance of her estranged mother–and her discovery of other famous bands that were living through “replacements” provide some depth to the narrative.” –School Library Journal

Greg Taylor is the author of the young adult novels "Killer Pizza" and "Killer Pizza: The Slice." Born in Pittsburgh, Pennsylvania, he graduated from Penn State University and started out his career as a professional drummer, before moving to Los Angeles to become a screenwriter. His screenwriting credits include "Jumanji," "Harriet the Spy," "Prancer," and "The Christmas Box."
Loading...
or
Not Currently Available for Direct Purchase