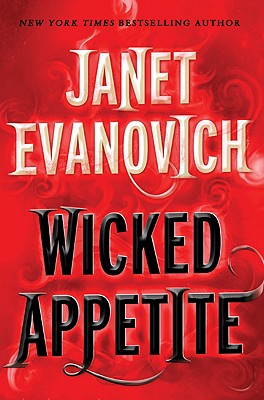 Life in Marblehead has had a pleasant predictability, until Diesel arrives. Rumor has it that a collection of priceless ancient relics representing the Seven Deadly Sins have made their way to Boston's North Shore. Partnered with pastry chef Lizzie Tucker, Diesel bullies and charms his way through historic Salem to track them down--and his criminal mastermind cousin Gerewulf Grimorie. The black-haired, black-hearted Wulf is on the hunt for the relic representing gluttony. Caught in a race against time, Diesel and Lizzie soon find out that more isn't always better, as they battle Wulf and the first of the deadly sins.

With delectable characters and non-stop thrills that have made Janet Evanovich a household name, "Wicked Appetite "will leave you hungry for more.

Janet Evanovich is the author of the Stephanie Plum books, including "One for the Money" and "Sizzling Sixteen." Janet studied painting at Douglass College, but that art form never quite fit, and she soon moved on to writing stories. She didn't have instant success: she collected a big box of rejection letters. As she puts it, "When the box was full I burned the whole damn thing, crammed myself into pantyhose and went to work for a temp agency." But after a few months of secretarial work, she managed to sell her first novel for $2,000. She immediately quit her job and started working full-time as a writer. After 12 romance novels, she switched to mystery, and created Stephanie Plum. The rest is history. Janet's favorite exercise is shopping, and her drug of choice is Cheeze Doodles. She and her husband live in New Hampshire, in house with a view of the Connecticut River Valley.
Loading...
or
Not Currently Available for Direct Purchase