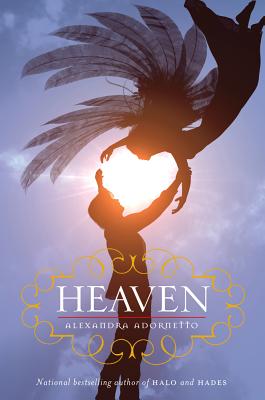 Only sixteen when she started the series, Ally Adornetto knows how teen hearts beat, and this long-awaited conclusion is certain to be her most popular book yet.

Bethany, an angel sent to Earth, and her mortal boyfriend, Xavier, have been to Hell and back. But now their love will be put to its highest test yet, as they defy Heavenly law and marry. They don't tell Beth's archangel siblings, Gabriel and Ivy, but the angels know soon enough, and punishment comes in a terrifying form: the Sevens, who are rogue angels bent on keeping Beth and Xavier apart, destroying Gabriel and Ivy, and darkening angelic power in the heavens.

The only way Bethany and can elude the Sevens is to hide in the open, and blend in with other mortals their own age. Gabriel and Ivy set them up at college, where they can't reveal their relationship, and where there is still danger around each corner. Will Bethany be called back to Heaven – forever – and face leaving the love of her life?

Alexandra Adornetto was only fourteen when she published her first book, The Shadow Thief, in Australia. Her U.S. debut, Halo, debuted in Fall 2010 on the New York Times bestseller list a week after it was published and has been published in over twenty countries. The daughter of two English teachers, she admits to being a compulsive book buyer who has run out of shelf space, and now stacks her reading “in wobbly piles on my bedroom floor.” Originally from Melbourne, Australia, Ally is now a college student in the U.S.
Loading...
or
Not Currently Available for Direct Purchase