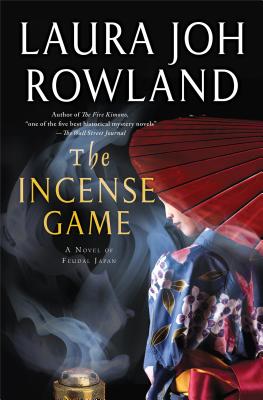 A Novel of Feudal Japan

In the wake of a terrifying earthquake, Sano Ichiro races to solve a crime that could bring down the shogun's regime

When a massive earthquake devastates Japan in 1703, even the shogun's carefully regulated court is left teetering on the brink of chaos. This is no time for a murder investigation except when a nobleman's daughters are found dead from incense poisoning and their father threatens to topple the regime unless Sano Ichiro tracks down the killer.

As Sano and his wife strive to solve the case in a world that is crumbling around them, Laura Joh Rowland author of one of the "five best historical mystery novels" "(The Wall Street Journal) "brings us her most powerful and evocative thriller set in Feudal Japan yet, "The Incense Game.


Praise For The Incense Game: A Novel of Feudal Japan…

"Once again, Rowland sets the bar high for her hero, who must navigate treacherous political shoals as well as deduce the killer’s identity." —Publishers Weekly (starred review)

"Rowland's 16th Sano Ichiro mystery is excellent. She seamlessly incorporates history and culture without slowing the plot. Even without reading earlier books, you'll be able to invest emotionally in the characters lives. With mystery, excitement, and a bang-up ending, this is one you won't be able to put down!" —RT Book Reviews (Top Pick!)

LAURA JOH ROWLAND is the author of fifteen previous Sano Ichiro mysteries, which have twice been named Best Mysteries of the Year by "Publishers Weekly. "She lived through a natural disaster when Hurricane Katrina nearly destroyed her house in New Orleans, and now lives in New York City.
Loading...
or
Not Currently Available for Direct Purchase