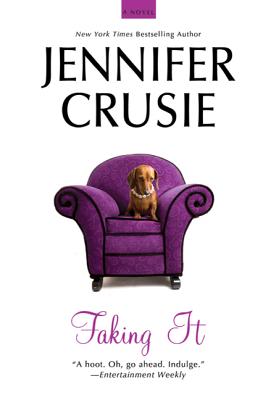 Meet the Goodnights, a respectable family who run a respectable art gallery—and have for generations. There's Gwen, the matriarch, who likes to escape reality; Eve, the oldest daughter, who has a slight identity problem (she has two); Nadine, the granddaughter, who's ready to follow in the family footsteps as soon as she can find a set that isn't leading off a cliff. And last, Matilda, the youngest daughter, who has inherited the secret locked down in the basement of the Goodnight Gallery, a secret she's willing to do almost anything to keep, even break into a house in the dead of night to steal back her past.

Meet the Dempseys, or at least meet Davy, a reformed con man who's just been ripped off for a cool three million by his financial manager, who then gallantly turned it over to Clea Lewis, the most beautiful sociopath Davy ever slept with. Davy wants the money back, but more than that, he'll do anything to keep Clea from winning, including break into her house in the dead of night to steal back his future.

One collision in a closet later, Tilda and Davy reluctantly join forces to combat Clea, suspicious art collectors, a disgruntled heir, and an exasperated hit man, all the while coping with a mutant dachshund, a jukebox stuck in the sixties, questionable sex, and the growing realization that they can't turn their backs on the people they were meant to be . . . or the people they were born to love.

Jennifer Crusie was researching her dissertation on the differences in the way men and women tell stories when she got sidetracked into writing romance novels.

Her first book was published in 1993 (which pretty much finished off any hope of her getting that PhD) and her twenty-second book, Maybe This Time, came out in August of 2010, all of which she considers a minor miracle, especially since she is also a New York Times, USA Today and Publishers Weekly bestselling author and a two-time Rita award winner.