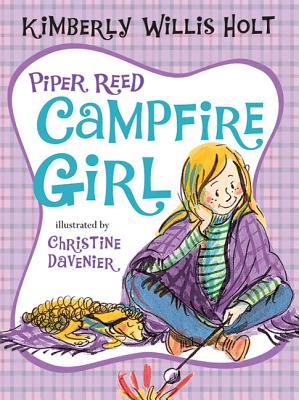 In Kimberly Willis Holt's Piper Reed, Campifire Girl, the Reed family is going camping on Halloween, and Piper is determined to make it a holiday to remember.

Piper and her family are going camping--nothing could be better. But when Piper finds out that the camping trip falls on Halloween, nothing could be worse! Still, catching fish, roasting marshmallows, and sleeping in a trailer are right up Piper's alley, even if getting poison ivy is not.

Get ready for another terrific adventure starring the ever-spunky, ever-loving Piper Reed.