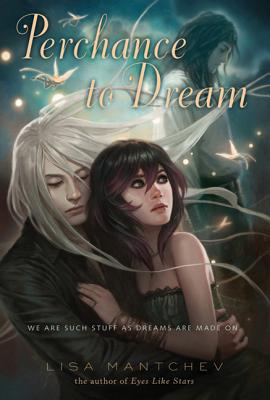 Growing up in the enchanted Théâtre Illuminata, Bertie learned everything about every play ever written. She knew the Players and their parts—but she didn't know that she had a role to play, too. Now that she's discovered her own magic, she is the Mistress of Revels, the Teller of Tales. And she's ready to write her own story, outside the protective walls of Théâtre. But which way will her story go? Toward Nate, who's being held captive by the Sea Goddess, and loves Bertie dearly? Or should she write Ariel into her narrative? He's by her side every day, and she's finding his charms so very hard to resist. . . .

“The sequel to Eyes Like Stars, this is another rousing adventure of literary and theatrical whimsy, filled with sly twists and humorous moments. Bertie's continuing story deserves multiple encores and a standing ovation.” —Realms of Fantasy

“Mantchev's highly imaginative prose bursts with lush imagery and literary riffs, and the party's encounter with the Innamorati, a traveling circus inspired by Cirque du Soleil, enhances the book's surrealism . . . fans of the first book will cry ‘Encore!' as the ending sets up the third in the series.” —School Library Journal

“The pace is fast and furious, and the secrets to Bertie's intriguing heritage unfold satisfyingly, but it's Mantchev's fresh, intelligent style that delights most. . . . This fantastical romp--an absolute must for theater buffs--might stand alone, but it'd be a pity not to start with the first.” —Kirkus Reviews