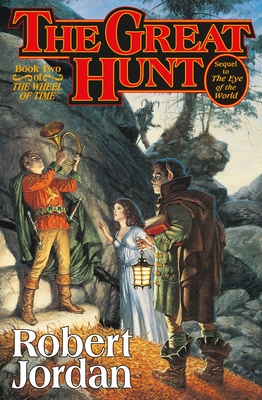 For centuries, gleemen have told the tales of The Great Hunt of the Horn. So many tales about each of th Hunters, and so many Hunters to tell of...Now the Horn itself is found: the Horn of Valere long thought only legend, the Horn which will raise the dead heroes of the ages. And it is stolen.

Praise For The Great Hunt: Book Two of 'The Wheel of Time'…